The Ridiculous Reason Why My Workers’ Comp Claim Was Denied

The following is the true story of a worker we’ll call ‘Gabe’.

My workers’ comp claim was denied because the following injury was incurred while supposedly ‘not in the line of duty.’

Let me tell you my story. Joey (we’ll call him Joey) was a small four-year-old student in the special ed preschool where I worked. Known for his propensities for swearing, violence towards younger children, and sexual harassment towards pretty female workers, I kept a close eye on him whenever possible. 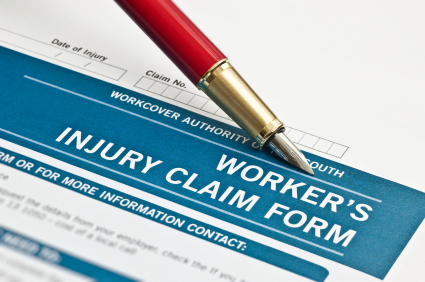 One day, during recess, Joey punched a tiny three-year-old in the eye. Often, one violent incident spawned multiple others, and Joey would take advantage of the fact that he was going to be punished by wreaking as much havoc as possible (re: punching and kicking classmates at will). It was therefore necessary to catch him before he got on a roll. I, being the fastest and only male on the playground, went after him. He dashed around the playground, and made for the slide.

This particular slide was famous for all the attempts that the children made to climb it, and all the goose-eggs that resulted when they fell down. Having a double motive to catch Joey, I sped up, only to run smack-dab into a protruding metal bar.

I caught Joey, but my shoulder paid the price. Later in the day, I went to the nurse’s office. Apparently, I had fractured my clavicle: an injury that cost me three weeks of lost work (at special needs schools, the injured are not permitted to work because of the physical aspect of our job), not to mention the costs of the x-rays and doctor’s visits.

Each and every day, those who work with special needs children put themselves in harm’s way. It might be the nurse who takes care of the epileptic girl, or the teacher who has 12 autistic 6-year-olds and has to keep them from tearing each other apart. Neither of them will stop to think about bruising a knee or taking a pencil to the eye if it means protecting their kids. These brave men and women are selfless, and are often repaid for their selflessness in much the same way I was.

If your workers’ comp claim was denied, don’t hesitate: contact an attorney today. I know I wish I had.