The Violation of Minimum Wage Laws and Why It Really Matters

How are you affected by minimum wage laws? 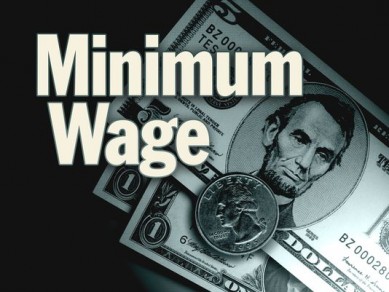 It’s important to understand the history of minimum wage laws, in order to better understand how prevalent the violation of minimum wage laws still is today. The New York Times recently published an article based off of a 2011 study done by the United States Labor Department. The study was conducted in New York and California; in 2011 the minimum wage was $7.25 in the former, and $8.00 in the latter.

The conclusions reached by the study were shocking: 3.5%-6.5% of all workers (both salaried and hourly wage employees) were paid less than the minimum wage. How is this possible? Well, the violation of minimum wage law is often disguised as something else. Companies charge employees for “equipment rental” or “uniform rental.” They also incorrectly mark employees as “self-employed” when they clearly aren’t. Recently, Walmart was sued by its truck drivers, who claimed that being paid on the basis of how many miles they drove was unfair, since it didn’t take into account the amount of time they spent on layovers, or the time spent on inspecting and washing their trucks. Lawyers disagreed, saying that truck drivers shouldn’t be paid separately for separate tasks.

The alarming part of this whole debate is that the violation of minimum wage laws directly resulted in 41,000 families in California alone falling beneath the poverty line. And while there are few stats for other states, there is no evidence to suggest that it is otherwise.

What does this mean for you, personally?

If you’re an employer, you need to be vigilant. Get to know the FLSA guidelines. Many employers violate minimum wage laws unintentionally. It’s important to avoid those violations, as each one is punishable by a fine of $1,000.

If you’re an employee, and you’re barely scraping by, do some calculations. If you’re working 40 hours a week and still falling below the poverty line, something is probably wrong.

If you need more information, don’t hesitate to ask The Law Offices of Thomas More Holland. We’re here for you. Need legal assistance? Call us at (215) 543-6783.