Gender Discrimination: Is the Gap Closing?

Your gender shouldn’t dictate your success!

How is it that women are facing gender discrimination in 2016? After all, America is making history with our first ever female Presidential Candidate.  The for Women in Politics reported that in 2015, 104 women held United States congressional seats. Out of the 535 members, women comprised 19.4% of these seats.   In fact, 84 women serve in the House of Representatives, and 20 women serve in the United States Senate. Some are saying we are making strides while others are saying we’ve barely scratched the surface. Others may think this is due to our history of gender discrimination in this country.

Let’s take a step back and discover what gender discrimination is. 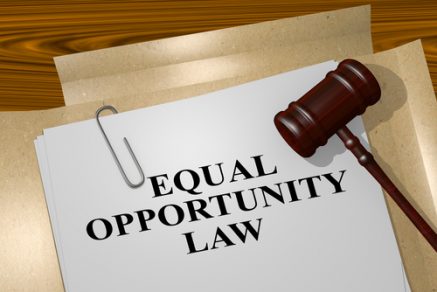 What is Gender Discrimination?

Discriminating against someone based on sex or gender by firing, sexual harassment, unequal pay for the same job, job assignments, training, refusing fringe benefits, or discrimination due to pregnancy. While men and women can both experience gender discrimination at work, women have experienced more adversity and discrimination in the workplace.

Despite the passing of these laws, people continue to experience many forms of gender discrimination.

The Wage Gap
The Equal Pay Act of 1963 was passed to address the issue of women not receiving the same pay as their male counterparts. Yet in 2015, women were only making 80 cents for every dollar that men make. Women are still making 20% less than men when performing the same jobs with the same skill level.

The Pregnancy Discrimination Act  (PDA) was an amendment made to the Civil Rights Act of 1964 prohibiting discrimination against a woman based on pregnancy, childbirth, or any related medical conditions. As long as a pregnant woman can perform the duties of her job an employer cannot refuse to hire her.

In 2015, the Equal Employment Opportunity Commission reported that 3,543 pregnancy discrimination charges were filed. Within those 3,543 charges filed:

Look how far women have come in the workplace! At the Law Offices of Thomas More Holland, we want to help close the gap. If you’re being discriminated against because of your gender please contact our offices today!