How a Car Accident Attorney Can Help You Get Compensated

A car accident can damage more than your wallet.

Elizabeth’s parents had seven children, and one big white Honda Odyssey with broken power steering. By the time they got to their sixth child, they were fed up with teaching adolescents how to drive. After spending no more than 25 hours behind the wheel, Elizabeth had passed her driving test and was driving at will. Unfortunately, that little plastic card was no replacement for serious education or practical experience. She wrecked two cars (the Odyssey was wrecked twice). Although she had done nothing wrong in either accident, Elizabeth didn’t have a car accident attorney, and so ended up paying giant insurance premiums from that day forward. They were both accidents that could have been easily avoided. 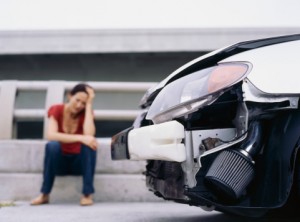 The numbers are staggering. For a country of the our size and wealth, our Road Traffic Death Rate is nestled right between Jamaica and Equatorial Guinea, according to the WHO. Similarly developed European countries average around 5 deaths per 100,000 people, but the U.S. is at 11.4! The blame can be shared by multiple factors:

Our American ‘do-it-yourself’ attitude is a huge asset, but if you haven’t been to law school and you aren’t familiar with State laws, don’t be afraid to get help. Insurance companies use lawyers, but the insurance company is often more interested in paying out the least money possible than in helping you get compensated for property damage or personal injury. The DMV agrees, adding that with a car accident lawyer you can also get compensation for general damages such as mental anguish, permanent scars, or emotional trauma. If you or your loved one has suffered hurts or harms, don’t wait to get compensated.