HOW SOCIAL MEDIA CAN HURT YOUR PERSONAL INJURY CASE

For most of us today, social media has become an almost integral part of our daily existence. And because everyone now has a forum to share their feelings, experiences, thoughts, and pictures, it IS only natural for someone who has been injured in an accident to want to vent or overshare on Facebook, Instagram or Twitter. 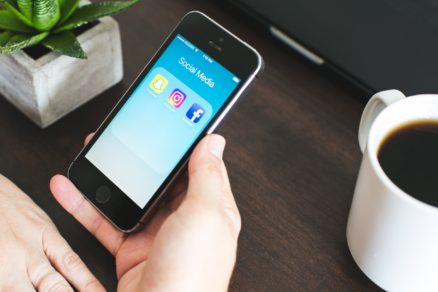 Social media can negatively affect your personal injury case. You should try to stay off social media while your case is ongoing. Remember, what you post can be used at your trial and shown to a jury.

In this post, we’ll delve a little deeper into how social media can negatively affect your personal injury case.

THE OTHER SIDE CAN LOOK AT YOUR POSTINGS

The first major issue with social media posts is that they are far from being private. It should come as no surprise that insurance companies can access anything you put on social media and possibly use it against you to refute your claims of physical injuries and/or mental distress. As you know, if your settings are public, anyone can view what you post. If your settings are private, a court can require that you turn over your login and password to the other side. If you delete any of your posts while your lawsuit is pending you can be subject to sanctions by the Court.

WHAT YOU CLAIM AS DAMAGES CAN BE AFFECTED

Let’s say you post a photo swimming at your local pool just days after filing your personal injury case. You went swimming because it was your child’s birthday party. You were in the pool for a whole 2 minutes and had to get out because you were in excruciating pain. But, before you got out your spouse begged you for a photo with your child and of course, it’s only normal, you smile in the photo. This seemingly innocent event would be Exhibit A against you at trial. The argument would be that you are not as injured as you say you are because you went swimming and are smiling just days after your injury. Even a seemingly innocent status update indicating that you had a good night out with family and friends can work against you in court.

A CONTRADICTORY CAUSE OF INJURY

Another problem is that your posts on social media could suggest that your injuries are caused by something else, or something else made things worse. If you were injured in a car accident and then post two months later that you fell over your front step, the other side may argue that your injuries were not a result of the accident but were the result of the slip and fall on your steps. The liable party and their insurance provider can argue that they owe you no compensation at all. Or,that what they owe you is far less than what you’re demanding.

COMMENTS FROM FAMILY AND FRIENDS

The posts and comments made by your family and friends might weaken your case. Maybe they’ll say something that opposing counsel could twist to contradict your injury claim. For instance, they might say something that suggests that you were somewhere with them doing some other thing that goes against the details of your injury. People’s memories are subject to inconsistency and often innocent mistakes are made about dates and times of get togethers. But once posted, it becomes hard to fix this type of problem. Such details can invalidate your evidence, effectively extinguishing the flames of your claim.

Imagine a client, out of work and badly hurt, was bored at home. He scanned some old photos of himself weight lifting 200 pounds and posted them on Facebook. Then he threw the photographs away. Months later, the workers compensation carrier saw the posts on his public Facebook page and thought that the photos were real time and that he was currently lifting extremely heavy weights while claiming he had serious back injuries and could not work. The problem was that the photographs he uploaded were 10 years old, well before his injury. But he looked the same, didn’t have the original photographs with the dates on them, and had no way to prove that the photographs were not recently taken. The Defendant used this to try to limit the value of his case.

Talented lawyers will remind you not to post on social media and can work with you on how to deal with negative or other unhelpful posts already on your site. Like so many things in life, it’s never a problem until it’s a problem. So, be careful what you post on social media.

If you aren’t sure of what to do with your social media accounts while pursuing a lawsuit contact us at The Law Officers of Thomas More Holland, 215-592-8080, we are here to help you. www.tmhlaw.com