Don’t let your employer rob you of your hard earned wages. 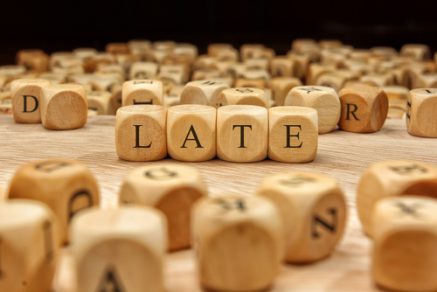 Just like any other routine, you continued to work and continued to get paid. As the years progressed, you relied on the predictability of your pay in order to attend to your financial responsibilities.  Was there ever a time your paycheck was late? Did the late pay you received affect your financial responsibilities?  What if I told you  that an employer not paying wages on time is in violation of the Fair Labor Standards Act?

Federal and Pennsylvania law states that an employer must set a regular payday, and abide by said pay date unless otherwise stated. Employees must receive their paycheck within 15 days of the end of the pay period, and overtime pay can be paid out no later then the next following pay period.

Whether your employer is known for paying employees late or this is the first time – you have options!

Speak  To Your Employer

If it’s the first time your paycheck was late, then speak with your employer to see how it can be resolved. However, if receiving a late wage is a recurring issue it might be time to file a claim or seek legal guidance.

It’s time to seek legal guidance from an attorney that has the experience and expertise in cases like these. Often times issues like wage recovery can get complicated especially if the employer is refusing to pay. If you choose to file an individual suit, there is a statute of limitations on wage recovery. You have up to 3 years from the date your wages were due to file a suit against your employer.

At the Law Offices of Thomas More Holland, we fight for the right of employees to receive the pay they’ve worked hard for. For more information about how you can recover your unpaid wages or for any other violations of the Fair Labor Standards Act, contact our offices today!