Salaried Pennsylvania workers have cause to celebrate following a favorable ruling on overtime compensation by the Pennsylvania Supreme Court.

In Chevalier v. General Nutrition Centers, the Supreme Court ruled that employers must pay their salaried employees an additional 150%—as opposed to an additional 50%—of their regular rate for every hour worked over 40 in a given week. 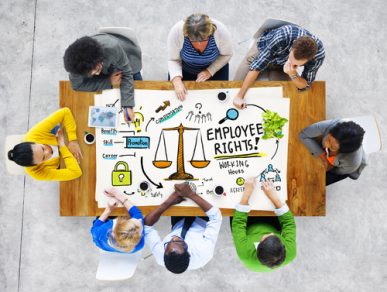 What does this mean for PA Salaried Workers?

The landmark ruling effectively increases earnings for overtime, by changing how a salaried employee’s “overtime” pay is calculated.

The basis of the dispute was Section 231.41 of the Pennsylvania Department of Labor and Industry’s regulations, which states:

“Each employee shall be paid for overtime not less than one and a half times the employee’s regular rate of pay for all hours in excess of 40 hours in a workweek.”

This clause was being interpreted differently by the opposing sides, given the methods used to calculate salaried employees’ “regular rate” and “overtime.”

How regular rate was calculated was not at issue for this Court but the Court noted it may be an issue at a later date. The only issue the Court decided was how the overtime rate was calculated. Overtime rate, as per the FSLA, is calculated as an additional 50% of the regular rate for each hour worked over 40 because the employee’s straight salary, in essence, covers the first 100% of the overtime compensation. The issue was whether the FSLA, a federal law, conflicted with the way overtime was to be calculated under Pennsylvania’s Minimum Wage Act.

The 6-1 decision by the justices of the Supreme Court opined that paying only an additional 50% of a salaried employee’s regular rate for overtime (per the federal Fair Labor Standards Act) was in violation of Pennsylvania’s Minimum Wage Act.

Plaintiffs Tawny Chevalier and Andrew Hiller (both GNC employees), argued that the Pennsylvania Minimum Wage Act (PMWA) requires employers to pay an additional 150% of a salaried employee’s regular rate for each hour worked beyond 40, regardless of how the regular rate is calculated.

The defendant GNC countered that given the similarities between the FLSA and the PMWA, the state law should be construed as adopting the entire FWW method. But the Superior Court ruled that while the PMWA did indeed adopt the FLSA’s approach to calculating the regular rate, it did not likewise adopt the method for calculating overtime pay.

Justice Baer acknowledged that both interpretations of the statutory language were reasonable but ultimately concluded that Section 231.41′s “‘not less than one and a half times the employee’s regular rate’” language, viewed with the stated legislative intent to increase employees’ wages in mind, indicated a break with the FLSA’s approach. The result is that “all hours in excess of 40 to be paid at 1.5 times the regular rate, regardless of whether the regular rate was calculated based upon the actual hours worked”.