What Physical Harassment Looked Like in 2016–Would You Know It If You Saw it?

What’s most troubling about bullying is not just its commonness, but the fact that there’s a work culture that accepts it.

Bullying follows us straight from school into the workplace. According to the National Center for Education Statistics, almost one out of four American students reported being bullied (22%) during the year (2013).  64% of those bullied did not report it.

Compare those statistics to what we now know about the workplace. Approximately 27% of workers have experience of current or past workplace bullying including physical harassment according to the 2014 survey by the Workplace Bullying Institute. What’s troubling is the general lack of understanding about what bullying is or what to do if you see it. Although 72% of the American public are aware of the bullying, how many people know how to identify it when it comes?

What are signs that you’re being bullied?

Many people are prevented from realizing that bullying is happening because there’s a sense of personal shame involved. It’s also common for people who experience bullying to experience stress-related health symptoms, including cardiovascular problems, post-traumatic stress, an impaired immune system, and debilitating anxiety. 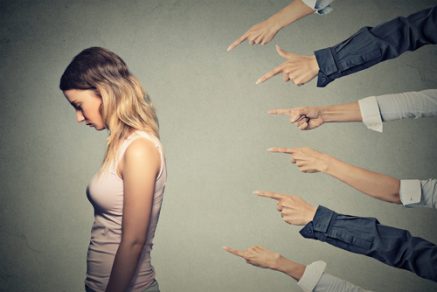 If you feel physically ill before the start of the workweek on a regular basis, take a minute to think if it is about bullying. While the majority of bullying is by the boss in most cases (Workplace Bullying Institute), you should also consider whether a co-worker could be the culprit. In that case, the bullying may not be as outright because a coworker will not have the same power and sense of impunity as the boss.

Signs of bullying could include your employer making critical or belittling comments about you or your work, yelling at you or humiliating you in front of colleagues, or even exclusion from group activities/lunches. They could also include:

Could it be me?

If you feel ashamed, if you have a sense of failure about work and you don’t know why, or if you frequently become anxious to the point of feeling sick when the workweek starts, it’s worth considering if the cause may be physical harassment or any kind of bullying. There is legal recourse for you in these situations.

As an employee and a person living in the US, you have the right to be free of any harassment, verbal or physical. Take steps to secure your health and protect your future. First, be sure to consult a lawyer so that you can take the best strategy that will assure the success of your case. TMH Law handles physical harassment and many other workers rights cases. To receive a free case evaluation from us, you can fill out this brief form or call us at 215) 592-8080.