If you or someone you love is a victim of sexual harassment, find the support and defense you need at the Law Offices of Thomas More Holland. 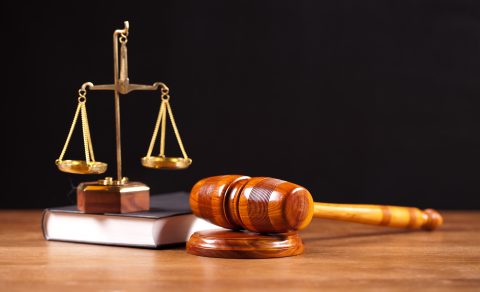 Are you enduring unwelcome attention in the workplace? Are your supervisor’s or colleague’s comments or behavior creating a work environment that is intimidating or hostile? If so, you may be a victim of sexual harassment.

It’s easy to feel alienated and helpless when experiencing workplace harassment, but you can be empowered when you know your rights and the resources available to you to fight for them.

Harassment is a form of employment discrimination, according to the Equal Employment Opportunity Commission (EEOC). The EEOC defines Harassment in general as unwelcome conduct based upon race, color, religion, sex, including pregnancy, national origin, age, disability, or genetic information.

Sexual Harassment falls under the above definition. Specifically, sexual harassment can include:

Quid pro quo harassment, in which employment or academic decisions are based on an employee’s or student’s submission to or rejection of unwelcome verbal or physical sexual conduct, also falls under the definition of sexual harassment.

It is unlawful to require an employee to endure offensive conduct as a condition of continued employment, as is any offensive conduct that creates a work environment that a person would consider intimidating, hostile or abusive.

In their 2008 survey of 500 individuals and 92 companies, the Association of Women for Action and Research (AWARE) reported that 54% of survey participants had experienced some form of sexual harassment in the workplace. 27% indicated harassment by a colleague, and 17% by a supervisor. 79% of the victims were women, 21% were men. 12% reported they were threatened with termination if they didn’t comply with the requests of their harasser. A survey published in Cosmopolitan magazine reports that ⅓ of the 2,235 survey participants has experienced a form of sexual harassment.

Evidently, and unfortunately, sexual harassment is not an uncommon problem. The 2008 AWARE survey also reported that 66.6% of the participants were not aware of their companies policies on sexual harassment or of the resources available to them if they were a victim of sexual harassment. It’s important for victims to know they do not stand alone, nor do they need to suffer alone.

What to Do When Faced with Sexual Harassment