4 Questions About Being Sexually Harassed On The Job

Can you answer these four common questions regarding the truth about sexual harassment in the workplace?

Fox News anchor Megyn Kelly not only reported headlines this fall but also made them as she brought allegations of workplace sexual harassment against the network’s former CEO, Roger Ailes.

“I’m not looking to be salacious,” Kelly told People Magazine, “and trust me, this isn’t pleasant for me to discuss. But I want people to understand this was real, he did do this, and I was far from the only one.”

All too often, workers who have been sexually harassed on the job don’t speak out. Several factors conspire to keep them silent. Sadly, this silence allows myths, misconceptions and outright misrepresentations of the truth about this widespread form of employment discrimination to take root. Even more unfortunate, it denies these victims the justice they deserve.

Can You Answer These 4 True/False Questions Correctly? 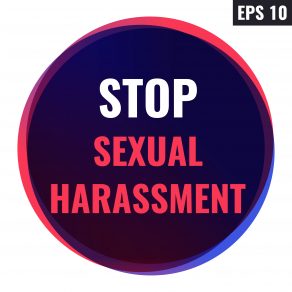 True or False: Sexual harassment in the workplace can take the form of words alone, without any accompanying physical contact or action.

True. The Equal Employment Opportunity Commission (EEOC) explicitly defines sexual harassment as “unwelcome sexual advances, requests for sexual favors, and other verbal or physical harassment of a sexual nature.” While “simple teasing” or “offhand comments” do not automatically constitute sexual harassment, frequent and intense sexual language, including offensive speech about gender, is illegal “when it creates a hostile or offensive work environment or when it results in an adverse employment decision (such as the victim being fired or demoted).” Even if an employer or coworker has never laid a hand on you, you could still have suffered being sexually harassed on the job.

True or False: In order to bring a sexual harassment case, the claimant must be able to prove she or he protested the alleged harassing behavior at the time that it happened.

False. “While a complaint or protest is helpful to [a] charging party’s case,” according to the EEOC’s Policy Guidance, “it is not a necessary element of the claim.” Sexual harassment is an underreported offense. Victims may quite reasonably fear negative consequences from their alleged harassers if those people hold positions of power over them. Other victims feel too embarrassed or ashamed to speak out, or believe the harassment must somehow be their fault. So while, as the EEOC says, “victims are well-advised to assert their right to a workplace free from sexual harassment,” the lack of such assertions does not automatically prevent victims from bringing a successful sexual harassment case in the courts.

True or False: If a victim voluntarily submits to being sexually harassed on the job, the courts will not rule in his or her favor.

False. In Meritor Savings Bank v. Vinson, its landmark 1986 decision that found sexual harassment constitutes a violation of federally protected civil rights, the U.S. Supreme Court made it clear an employee’s voluntary submission to sexual conduct does not necessarily mean the employee welcomed that conduct. When employers sexually harass employees, they are abusing their power in the professional relationship. Some victims submit to unwelcome sexual conduct because they fear they will lose their job if they don’t, or if they report the unwanted conduct. Certainly, a victim who submits to being sexually harassed on the job does not, by that choice, forfeit her or his right to bring a claim against the alleged perpetrator.

True or False: Men are not always the perpetrators of sexual harassment in the workplace; they are sometimes the victims.

True. While most victims of workplace sexual harassment are women, men are sometimes victims too. Writing for Psychology Today, Dr. Romeo Vitelli cites a recent survey that found “about one-third of all working men reported at least one form of sexual harassment in the previous year.” Men no less than women can suffer various degrees of unwanted physical contact and sexual attention, from uninvited touches to pressure for dates to outright threats of termination if they don’t agree to a sexual relationship. Dr. Vitelli also points out that men who deviate in some way from commonly accepted societal norms for heterosexual males are also at risk of being sexually harassed while at work. Workplace sexual harassment is a crime that cuts across gender divisions.

Do you know what to do if you are being sexually harassed at work? Know that you do not have to stay silent!

The Law Offices of Thomas More Holland equip you fully to seek and receive justice. Our experienced, strategic and zealous attorneys will make certain your voice is heard, and that you are compensated as you are entitled.

To learn about your rights, explore your legal options and take your first steps toward speaking out—for your own sake, and for the good of others wronged by workplace sexual harassment—call (215-592-8080) or contact us today.