Discrimination Against Women Has Left Them Severely Underpaid

Determine if you are being underpaid and what you can do about it.

While women’s participation in the workforce has increased dramatically since the 1970s, they are still underpaid today. According to the Department of Labor, women make up 57% of the workforce yet earn only 79% of what men earn. The United States Equal Employment Opportunity Commission states that men and women must: 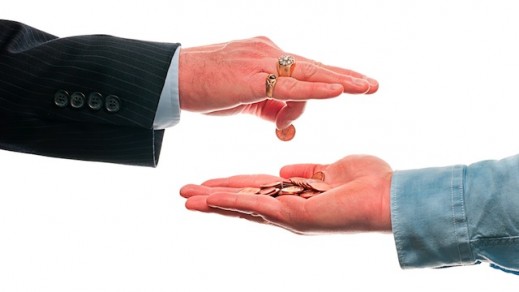 Even though the number of women that are the primary earner or breadwinner has grown, women have continued to receive less earnings than men. According to the Institute for Women’s Policy Research (IWPR), if the change in earnings for women continues improving at the same rate at which it does now, it will take 44 years or until 2059 for women to finally reach pay parity. In fact, IWPR’s research demonstrates that outright discrimination in pay, hiring, or promotions continues as a prominent feature in work life.

Am I Underpaid At Work?

Unfortunately, many industries are characterized by underpaid workers. It can be difficult to know if you are underpaid due to discrimination; however, there are a few steps you can take to determine if you are indeed underpaid.

It’s important to remember that the Equal Pay and Compensation Act states that pay differentials are permitted when they are based on seniority, merit, quantity or quality of production, or a factor other than sex. These are known as affirmative defenses, and it is the employer’s burden to prove that they apply. In correcting a pay differential, no employee’s pay may be reduced. Instead, the pay of the lower paid employee(s) must be increased.

According to Forbes.com, you may be underpaid by employers if you have been with the same employer and only received small pay raises or none at all. If you began your current position at entry level, but have increased the number of responsibilities without an wage increase, you may be underpaid.

If you believe that you are underpaid by your employer, please click to contact the Law Offices of Thomas More Holland You may also contact us by phone: (215) 486-3877 or by e-mail: tmh@tmhlaw.com to find out if you have a claim.