What are fair wages?

According to the United States Department of Labor, the Fair Labor Standards Act (FLSA) “establishes minimum wage, overtime pay, recordkeeping, and youth employment standards affecting employees in the private sector and in Federal, State, and local governments.” This also includes covered nonexempt worker that are entitled to a minimum wage of no less than $7.25 an hour (effective 2009), and overtime pay one and a half times the regular pay rate over a 40 hour work week. 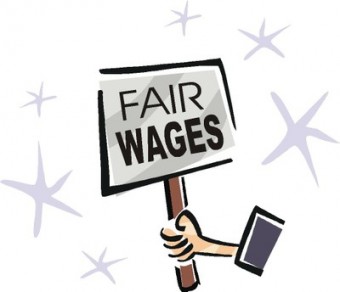 Under the FLSA, you’re entitled to certain rights and fair wages in Philadelphia. Do you feel like your wages have been wrongfully withheld from you? Have you spoken to your employer and you’ve gotten nowhere with them? Do you feel like you’re not being heard?

At the Law Offices Of Thomas More Holland, we believe everyone should be informed of their rights to fair wages in Philadelphia. Here are some of the rights protected under the Fair Labor Standards Act:

If you feel like you’ve been denied fair wages in Philadelphia then contact TMH Law today for a personal consultation.