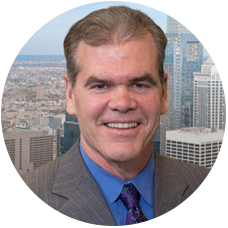 Tom Holland is a trial lawyer focused on the rights of victims. Tom Holland cherishes the opportunity to represent individuals victimized by the neglect of others or discriminated against by employers, and champions the cause of those who are treated unfairly by the insurance industry. Mr. Holland practices law tenaciously and aggressively, with the same intensity he displayed during many years of competitive athletics, including the 1980 Olympic Trials for Freestyle Wrestling.

Mr. Holland was born in Bethlehem, Pennsylvania. He received his Bachelor’s Degree in Business from Moravian College in 1981, and his law degree from the Delaware Law School of Widener University in 1985. While at Delaware Law School, Mr. Holland was a member of the Editorial Board of the Delaware Law Forum. In 2007, Mr. Holland was awarded a Master’s Degree in Trial Advocacy from the prestigious trial advocacy program at the Temple University Beasley School of Law. The trial advocacy program is designed for attorneys who want to hone their skills and emerge on the cutting edge of the litigation field. 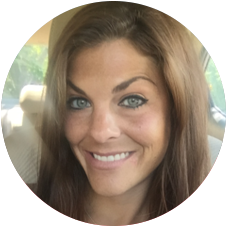 Of Counsel to the Firm

Attorney Kelly Trewella is a lawyer of counsel at The Law Offices of Thomas More Holland where she practices personal injury litigation. She is known for her thoroughness, preparation, attention to detail, and aggressive nature inside and outside the courtroom resulting in her high success rate. She passionately believes in the rights of plaintiffs and has always worked hard to ensure their rights, going up against some of the largest defense firms in Philadelphia.

Kelly enjoys the team approach to representing clients and believes strongly in attorney/client contact. Thomas Holland and the staff at the Law Offices of Thomas More Holland are devoted to the best interests of each and every client and this is an environment in which she will thrive

Kelly graduated from Widener Law School and received her B.A. in criminal justice from the University of Delaware, where she graduated cum laude. She began her career as a law clerk at one of Philadelphia and New Jersey’s top plaintiffs’ personal injury law firms where she learned from top attorneys in the field. In 2014, she began working for a plaintiff’s medical malpractice firm where she expanded her knowledge of medicine and is currently in the process of completing coursework for her “Medical School for Lawyers” certificate. She is thoroughly passionate about her career because it allows her to fulfill her passion in life which is helping others. In her spare time, Kelly is very active in her community where she volunteers her time to help those struggling with mental health issues and drug and alcohol addiction.