The term minimum wage refers to the lowest wage an employer is allowed by law to pay an employee. In The Fair Labor Standards Act of 1938 (FLSA), the first minimum wage in the United States was set at $0.25 per hour. Since 1938, the federal minimum wage  has been raised 22 times, most recently to $7.25 in 2009. 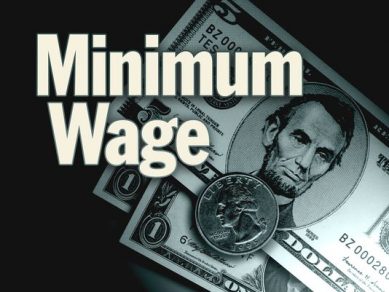 Currently, a bill to raise the minimum wage NJ law requires is before the New Jersey Legislature. The bill would enact a $15 minimum wage requirement in the state of New Jersey. This minimum wage increase represents an 80 percent wage hike, and would put extra money in the paycheck of the New Jersey residents who need it most.

As promising as this sounds for the citizens of New Jersey, there is a significant fight within state legislature, and the success of the bill has no guarantee. Here are five things to know about New Jersey’s minimum wage fight:

While New Jersey residents await the outcome of this bill to increase the minimum wage NJ requires, it’s important for all New Jersey employees to remember that they are entitled to the fair wages that the New Jersey government currently requires. If you are concerned that you have been denied the fair wages you are owed, The Law Offices of Thomas More Holland has expertise and experience helping New Jersey workers like yourself ensure you are receiving the compensation you deserve under the Fair Labor Standards Act and the state law of New Jersey. For more information, contact our offices today at (215) 592-8080.