Sex-based discrimination is more far-reaching than you might think. 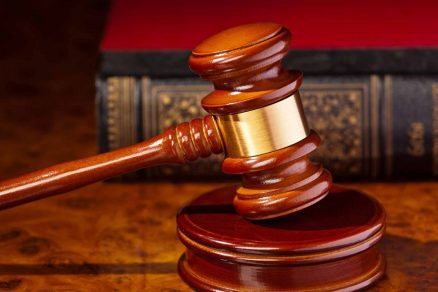 In October of 2015, North Korea hacked Sony, unleashing all kinds of little secrets and boring emails and records to the public. That blew over quickly, but hopefully Jennifer Lawrence’s unfortunate experience of sex discrimination and following op-ed hasn’t gone away. The Academy award-winning actress was shocked to find out that her male co-stars in American Gangster were paid significantly more than she was, although she said that she only blamed herself for not negotiating for better pay because she didn’t want to come across as ‘pushy.’ “Jeremy Renner, Christian Bale, and Bradley Cooper all fought and succeeded in negotiating powerful deals for themselves. If anything, I’m sure they were commended for being fierce and tactical, while I was busy worrying about coming across as a brat and not getting my fair share.” And before you think that she was probably mistaken, the same leaked emails showed another producer referring to a negotiating lead actress as just that: a spoiled brat.

These celebrities’ names catch our eye because they’re well-known. While most of us can’t relate to settling for a few less million dollars–the average American doesn’t have a few million dollars!–what we have, we have earned, and that is one of our basic rights.

So what happens when–on the basis of gender alone–employees are discriminated against? First, let’s talk about what sex discrimination is.

According to the EEOC, “The law forbids discrimination when it comes to any aspect of employment, including hiring, firing, pay, job assignments, promotions, layoff, training, fringe benefits, and any other term or condition of employment.” Simply put, sex discrimination impacts your employment opportunities, commonly seen in the wage gap, hiring inequalities, and the glass ceiling.

And while it may be difficult to know if an employer is discriminating against you based on your gender, sex discrimination is often accompanied or followed by harassment, both sexual and non-sexual. For more information on the differences and a definition of workplace harassment, consult this earlier blog on the subject.

Sex discrimination is real, and no one should have to suffer in silence. At TMH Law, our skilled team of attorneys will navigate the many rules and conditions that apply to these kinds of cases. Because equality and safety are precious, and the Law Offices of Thomas More Holland are committed to providing that. Don’t wait: contact TMH Law today!